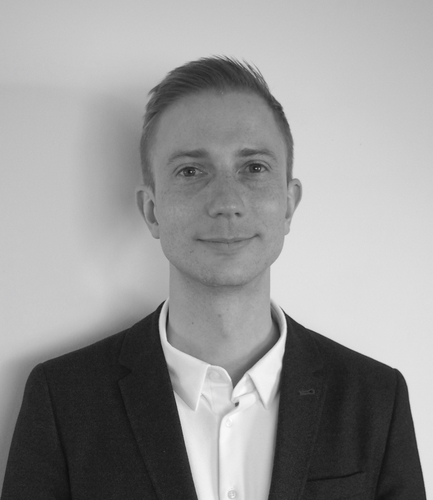 Jan is a founding partner of d|part and the think tank's research director. He coordinates the development and implementation of d|part's research projects and organises the coordination with external partners. In his research Jan mostly uses large-scale survey data to investigate political attitudes and behaviour of people, often in comparative projects and with a strong interest in the engagement of young people.

In addition to the research itself, Jan has engaged extensively in advising political institutions (such as parts of the German, UK and Scottish governments), civil society organisations and political foundations. He has also run a range of civic education workshops and programmes and has been a frequent contributor for print and broadcast media in several countries. 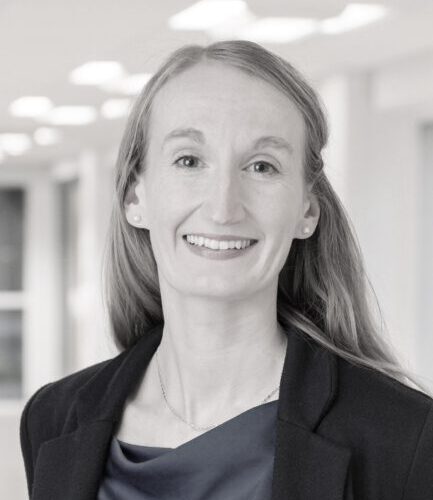 Christine is a founding partner at d|part. She guides the team in questions of study design and choice of research methods. In addition to her work at d|part, Christine is Lecturer at Sheffield Methods Institute of the University of Sheffield, where she teaches research methods and researches the views of young people on citizenship, political participation and democratic renewal. Christine has published widely on young people's political views, on the changing nature of civic and democratic engagement and on questions of political legitimacy.

Christine has several years of experience as a consultant in commercial research, where she led large-scale survey projects and worked with a range of qualitative and quantitative research methods. She holds a PhD from the University of Edinburgh, UK, an MSc in Business Administration from Erasmus University Rotterdam, the Netherlands, and a BA in Social Sciences from Jacobs University Bremen, Germany. 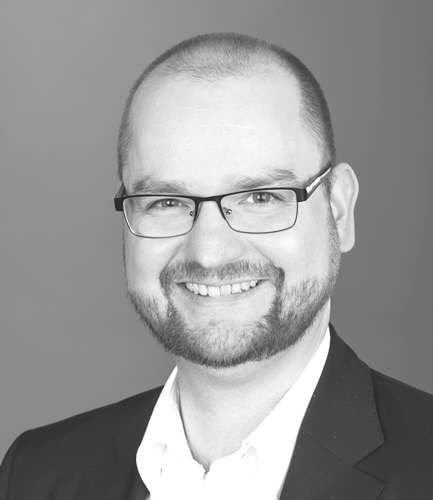 Götz works as a policy analyst at the Open Society European Policy Institute (OSEPI) and leads the EU advocacy of the Open Society Foundations (OSF) in Germany. He studied sociology in Bielefeld, Germany, and received his doctorate in the same subject from the University of Edinburgh. Götz is a founding partner of d|part.

Götz works at the interface of science and practice. Developing practical recommendations and expanding scientific knowledge are central aspects of his work. Götz builds on his many years of international work experience at universities, in adult education and in political communication. 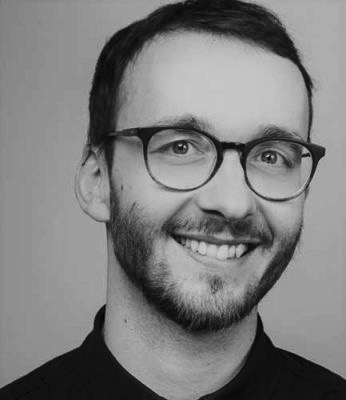 In addition to the topic of identity and the associated aspects of self-perceptions, perceptions of others and belonging, his research interests are political participation, basic income as well as the topic work and time. 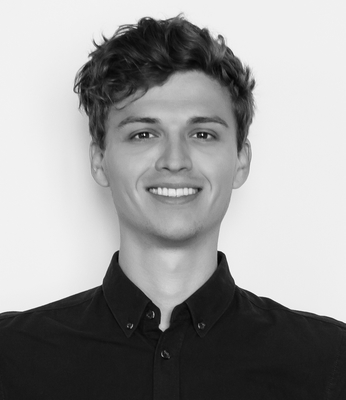 Dr Tobias Spöri
Research Fellow
Tobias Spöri is a Research Fellow at d|part and does - mainly quantitative - research on democracy, political participation and political attitudes.
Tobias received his PhD from the University of Vienna for his thesis on political participation and generations in Central and Eastern Europe. He studied political science in Vienna (MA) and Frankfurt am Main (BA). After his studies, he was a researcher at the Department of Political Science at the University of Vienna and a research fellow at the Institute for Advanced Studies (IHS) in Vienna. Additionally, Tobias is engaged in projects on civic education in Austria and teaches at the University of Vienna.
Contact: t.spoeri@dpart.org

Yonca Dege is a Research Fellow at d|part and doing a PhD in International Development at SOAS, University of London, researching economic activities of Syrian refugees in Turkey. She studied Integrated Social Sciences (BA) at Jacobs University Bremen and Sciences Po Paris and holds a Msc in International Development from the London School of Economics.

Her research interests are in displacement, migration, and development cooperation. For these, she gained practical experience working for the UN Refugee Agency in Ankara, the European Commission’s Directorate for International Cooperation, and two foundations in Germany focusing on education and social mobility. 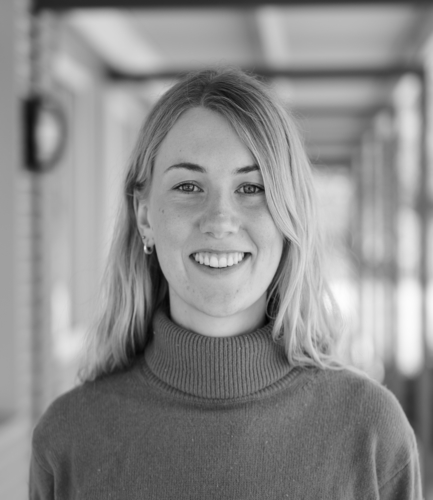 Neele is a Research Fellow at d|part and studied International Politics and Social Sciences in Berlin and London. She holds a master’s degree in International Relations from the Free University in Berlin, Humboldt University and Potsdam University and graduated on the topic of precarious conditions of temporary labour migration in the context of the COVID-19 pandemic. During her master's, she studied at SOAS University of London (UK) with a research focus on social movement studies, gender, and migration. Prior to that, Neele completed a bachelor's degree in political science and geography at the University of Bonn.

Her research focuses on issues of social inequality, gender, labour, and migration. Since her youth, she has been interested in different forms of political participation and how they can be shaped more equitably and inclusively. For these, she gained practical experience in research and project work as well as in the organization of international conferences in public service, at the University of Bonn and in two international foundations. 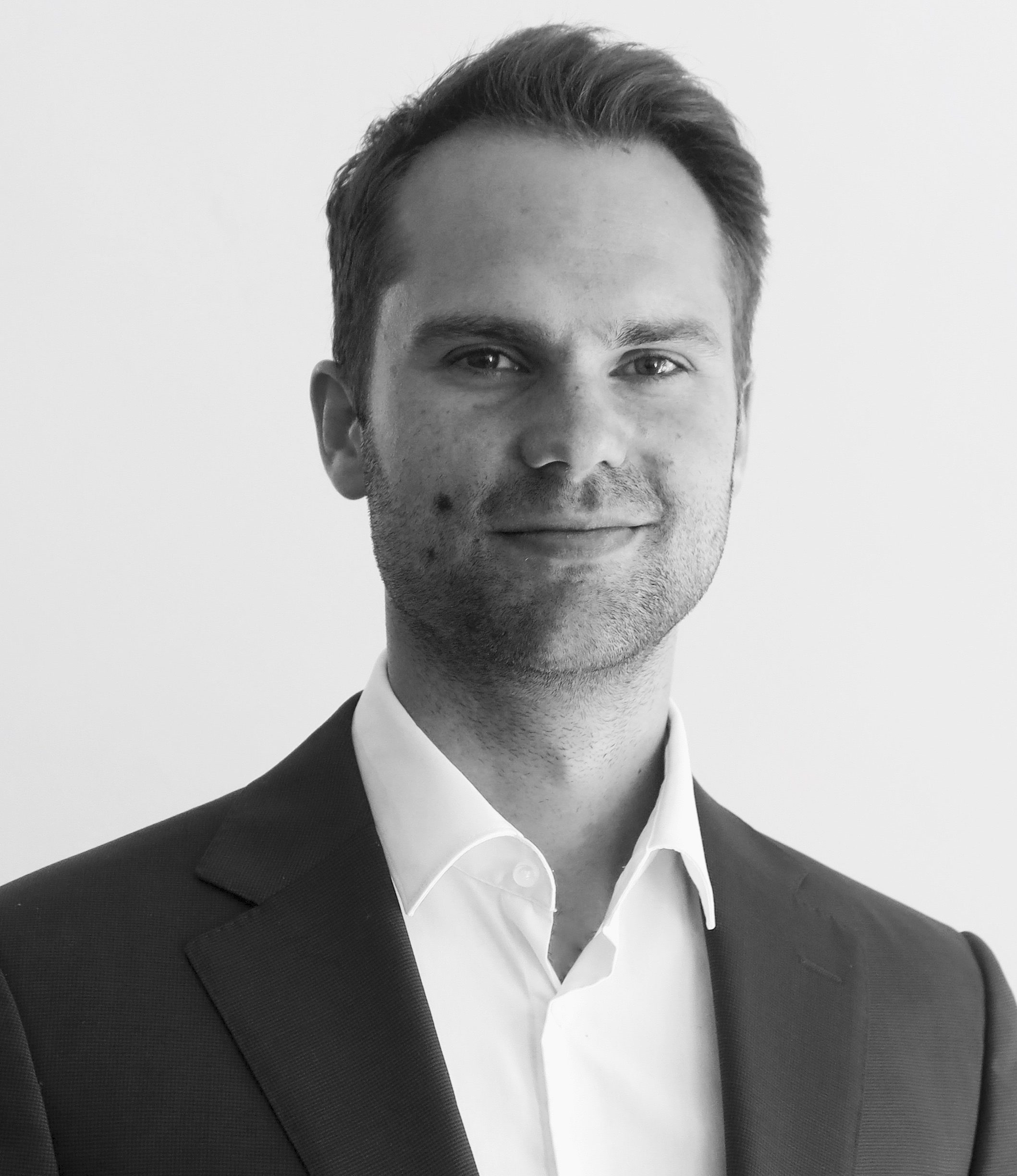 Luuk was a Senior Research Fellow at d|part. 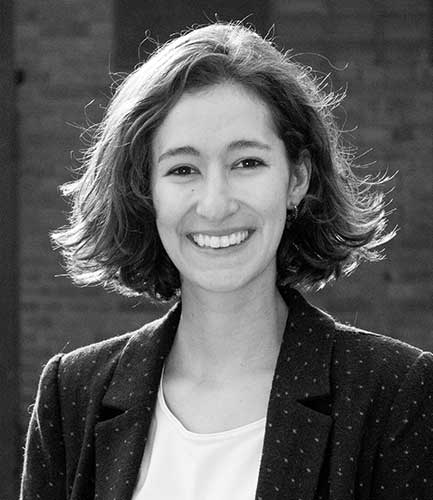 Magali was a Senior Research Fellow at d|part until July 2019. As head of impact and engagement in our Voices on Values project, she was also responsible for liaising with external partners and organising d|part's outreach activities.

Before joining d|part Magali worked as a business consultant in a market research company in London, where she conducted qualitative and quantitative research, amongst others in India, Egypt, Singapore, Italy, Germany and the UK. Magali also worked as a project coordinator at the Foundation FUTURZWEI where she conducted research on young people's attitudes towards the future.

Magali holds a BA in European Studies from Maastricht University and an MSc in Global Migration from University College London. 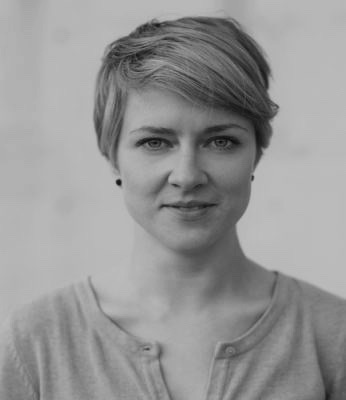 Victoria was d|part's Project Lead for the Voices on Values project until February 2019.

Before joining d|part, she worked as Programme Officer at the European Democracy Lab, of which she is also a co-founder. Previously, she worked for the European Stability Initiative (ESI) in Istanbul and Berlin. Victoria holds degrees in Communication Science, Politics, and International Relations from the University of Erfurt (Germany) and Bogazici University (Turkey) as well as an MSc in Democracy and Comparative Politics from University College London (UK). 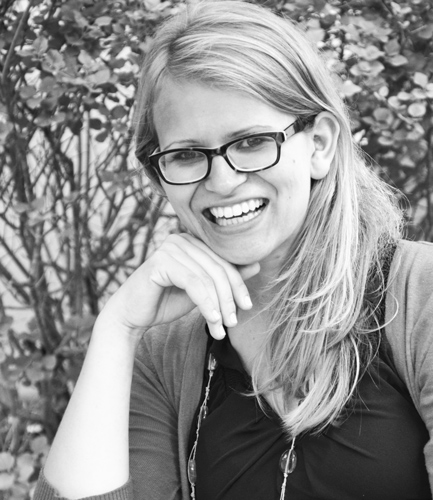 Anne is an Assistant Professor at the Institute for History at Leiden University in the Netherlands and a founding member of d|part. Anne's research focuses on the history of political participation and mass politics in Europe (Germany, Netherlands, Britain and Spain), which she approaches from an interdisciplinary and transnational perspective. At d|part, Anne was involved in several research and knowledge dissemination projects, among others in the publications on European populist parties and on young people’s political attitudes ahead of the Scottish independence referendum.

Anne obtained her doctoral degree at Leiden University, Netherlands, for her thesis on the emergence of the first democratic parties as political organisations, connecting social science approaches with historical source analysis. She was a postdoctoral researcher at the Horizon 2020-funded research project TRANSPOP at the Juan March Institute for Social Sciences at Carlos III University in Madrid, Spain, to analyse the development and adaption of popular politics in Europe. Anne holds an MA from the University of Edinburgh and a BA from universities in Bremen, Germany, and Tartu, Estonia. 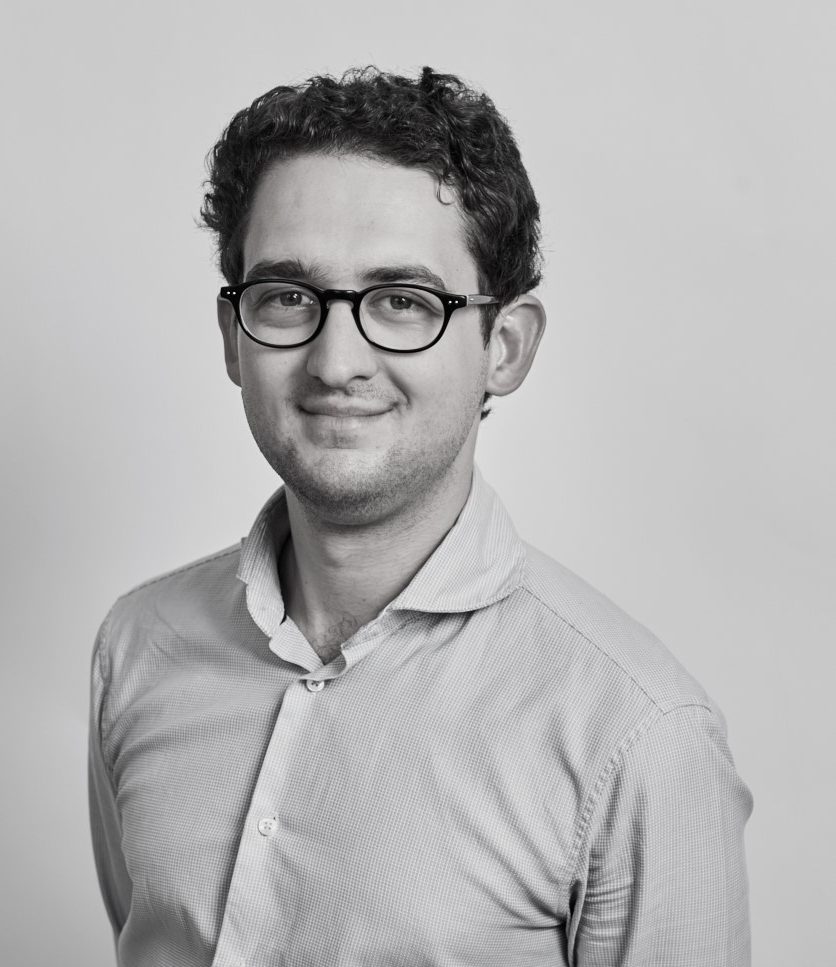 Jakob was a member of d|part’s founding team in 2011. During his active tenure, he contributed in particular to the development of the think tank's strategy and organisational structure, as well as to its research on political participation beyond the nation-state.

Jakob is currently a Research Fellow at the Global Public Policy Institute (GPPi) in Berlin. His interests include state formation and decay, the interplay of economic development and political order, and state-business relations, especially in Africa and the Middle East. He holds a doctorate in Politics and an MPhil in International Relations, both from the University of Oxford, as well as a BA in Integrated Social Sciences from Jacobs University Bremen. 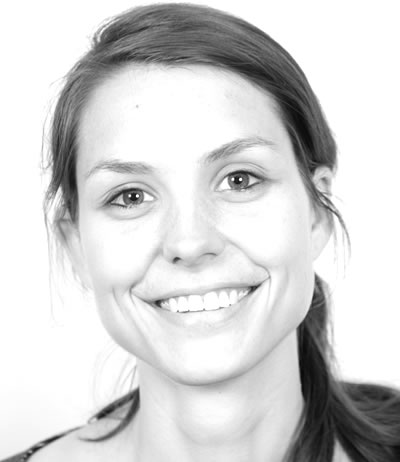 Ann-Kristin is a political scientist at Aarhus University in Denmark. She joined d|part as a Fellow in 2014 and specialises in party membership and public opinion.

She was part of the European Social Survey Netherlands team at the University of Twente. Funded by the Dutch research council, she was involved in the design and analyses of several population-based survey experiments that answer methodological and substantive research questions. 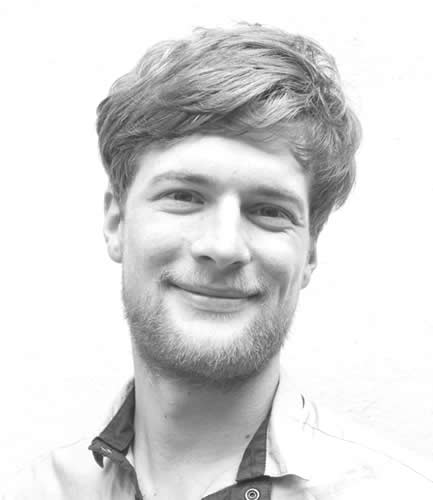 Jan Liebnitzky is a psychologist by training. He has extensive experience in evaluation and monitoring of international development projects. Jan became affiliated with d|part in 2013, supporting our project work and evaluations and he has contributed to research on the political participation index.

Jan currently focuses on data analysis and visualisation as a consultant and developer. He has a keen interest in bringing research evidence into the policy context. For this he likes to explore interactive online tools or engage with stakeholders in workshops.

Jan holds a degree in Psychology from TU Dresden (Germany).

Jan Liebnitzky
Affiliate
© 2022 d|part
We use cookies to ensure that we give you the best experience on our website. If you continue to use this site we will assume that you are happy with it.Ok